From left: Sahra* (8) and her family have been impacted by the drought in Somalia; Baptista* (14) and his family in Mozambique have struggled since Cyclone Kenneth.

LONDON, 19 April – An estimated 710 million childreni live in the 45 countries that are at the highest risk of suffering the impact of climate change, Save the Children warned today. Floods, droughts, hurricanes and other extreme weather events will have an especially deep impact on vulnerable children and their families.

Children in these countries will for example be impacted by food shortages, diseases and other health threats, water scarcity, or be at risk from rising water levels – or a combination of these factors.

An analysis by Save the Children of ND-Gain dataii shows that globally, hundreds of millions of children under the age of 18 are living in regions where climate change is deeply affecting their lives. The impact of the crisis on food production is likely to lead to local food scarcity and price hikes, Save the Children said, with devastating impacts on the poorest households.

Save the Children warned that drastic action must be taken to ensure children and their families will be able to cope with current and future climate-shocks.

The window to prevent catastrophic climate change is rapidly closing as the crisis is set to worseniii unless urgent action is taken now, Save the Children said. As children’s present and future are at stake, they must be heard in the climate crisis–conversation and should be involved in shaping policies, the organisation urged.

“What I really can’t forget is that I saw many houses falling because of too much rain and strong winds. I got scared,” 14-year-old Baptista* in Mozambique told Save the Children. He and his three siblings have struggled to recover ever since Cyclone Kenneth struck their town in 2019.

“I don’t know why all that rain fell and there was a gale wind. I didn’t like that because afterwards we were left homeless and without food.”

As U.S. President Joe Biden holds a Leaders summit on climate change starting on Earth Day (22 April), Save the Children urged that children, including the most marginalised and deprived who suffer first and worst, must be heard alongside world leaders who are joining the summit.

Analysis by Save the Children also shows that:

While all children are impacted by climate change, those living in poverty, conflict or hunger, or in disaster prone areas, will suffer most as they often are already deprived of their basic needs. Children in countries deemed at a “lower-risk” are facing threats as well, for example from forest fires, flooding, droughts and other erratic weather events.

If drastic action is not taken, the impact of the climate crisis will likely hit millions more children in decades to come, the organisation warned. Increasing climate shocks often make it a struggle for families to recover between each shock, especially in countries that lack social safety nets, pushing them further into poverty or forcing them to flee their homes.

“The climate crisis is the largest threat to children and the realisation of their rights across borders and generations. The COVID-19 outbreak has already pushed millions of children and families into poverty and increased hunger and malnutrition. But flooding, hurricanes and droughts are also causing children to be malnourished,” said Inger Ashing, CEO of Save the Children International.

She added: “Children have contributed the least to the crisis we are facing, but will pay the highest price. We have seen the power of children, leading the way on climate change through a truly global movement. But much more must be done – children need to be listened to and governments take action on what children tell them. Governments need to set up child-friendly mechanisms and platforms on- and off-line to include children’s recommendations in climate policies, including the most vulnerable children.”

Ahead of the Climate Summit on Earth Day, Save the Children urges all governments to take immediate and drastic action to address climate injustice head on, and avoid further catastrophic impacts on children and their families. This includes:

Methodology: The ranking of countries is from Notre Dame Global Adaptation Initiative (ND–GAIN), 2018 (latest dataset). We have extracted all countries with the 25% lowest adaptation score, making these countries at high risk of climatic shocks compared to other countries. For these 45 countries, we used the UN Population data for the year 2021 calculated the children population (age 0-17).

ND-GAIN considers six areas that are likely to be affected by climate change: ecosystem, food, health, human habitat, infrastructure and water. ND-GAIN is using projected trends calculated against the RCP4.5 scenario. According to the IPCC, RCP 4.5 requires that carbon dioxide (CO2) emissions start declining by approximately 2045 to reach roughly half of the levels of 2050 by 2100. 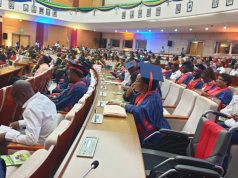 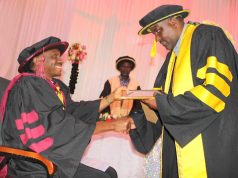 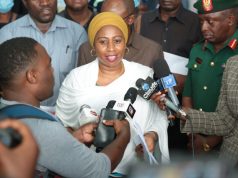 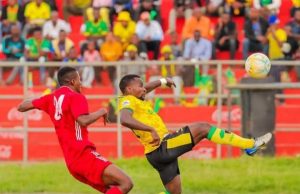