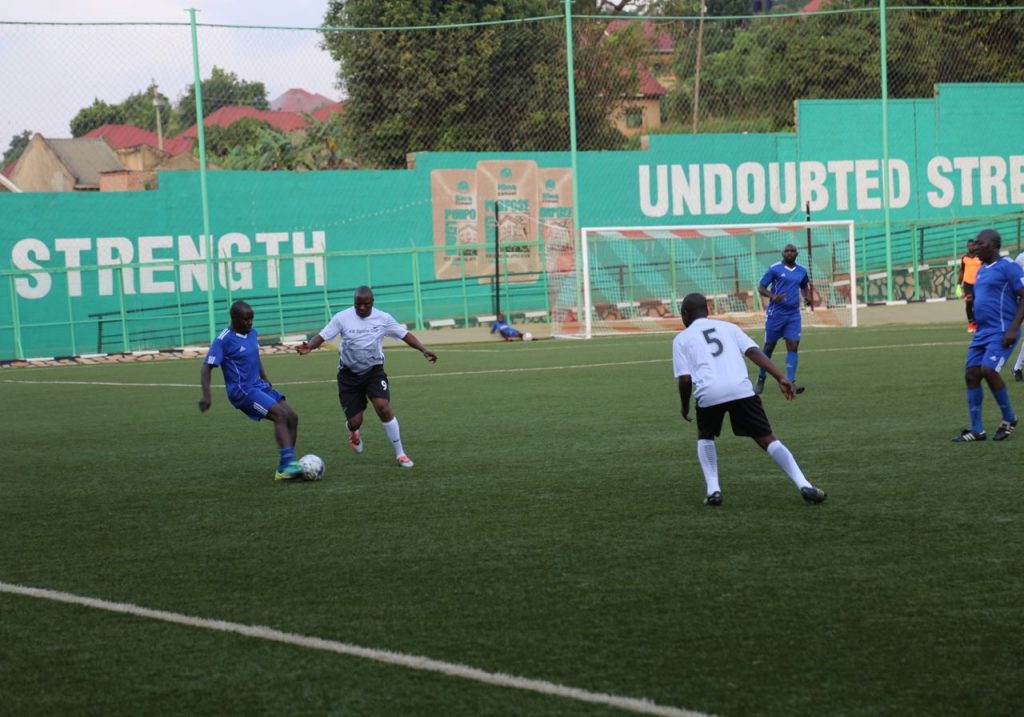 EAC Select Side featuring legislators from the Partner States’ Parliaments and the management of the East African Water and Sports Cultural Organization (EAWASSCA) in a thrilling encounter at the St Mary’s Kitende Stadium, Kampala. 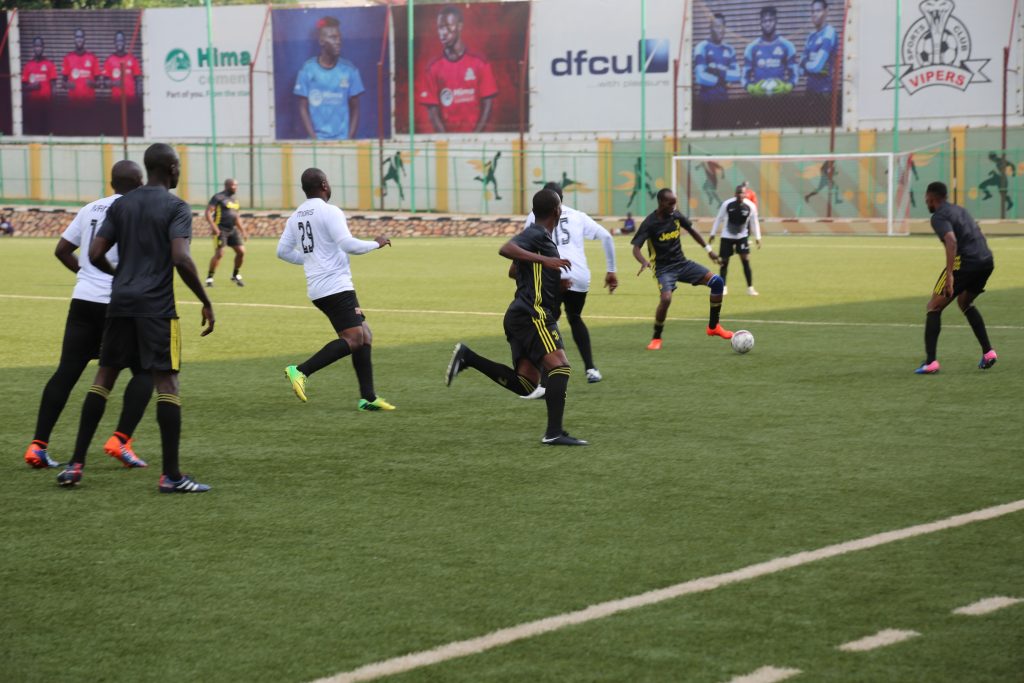 Ibrahim Jamal intercepts a pass during the match. EALA drew 1-1 with Parliament of Uganda 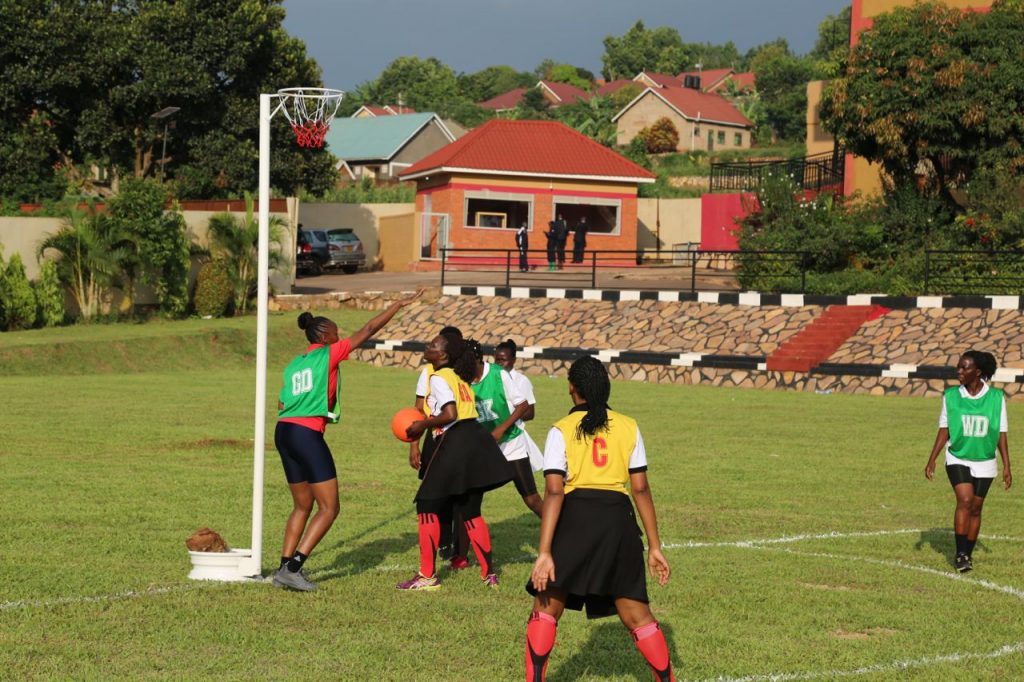 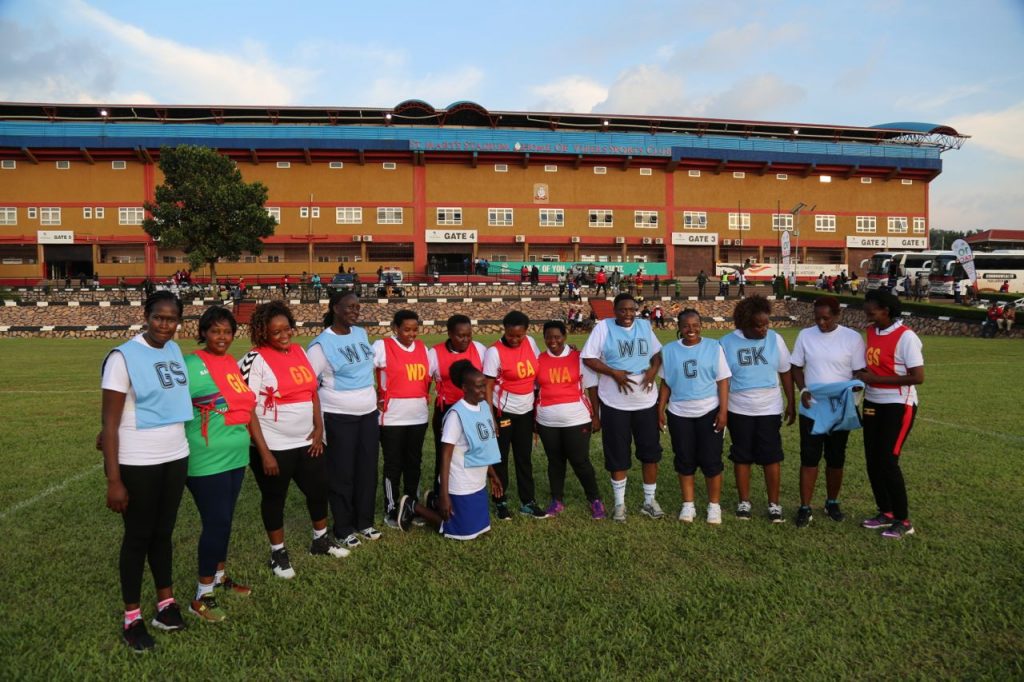 The 10th edition of the EAC Inter-Parliamentary Games (IPG) kicked off yesterday in Kampala, Uganda. To commence the twelve-day extravaganza was a football curtain raiser pitting an EAC Select Side featuring legislators from the Partner States’ Parliaments and the management of the East African Water and Sports Cultural Organization (EAWASSCA) in a thrilling encounter at the St Mary’s Kitende Stadium, Kampala.

Earlier on yesterday, the Speaker of the Parliament of Uganda, Rt Hon Rebecca Kadaga, officiated at the Pre-Tournament Conference calling on legislators to use the opportunity to nurture networking and bonding among the legislators.

In her remarks, Rt Hon Kadaga underscored the need for ensuring parliamentary diplomacy, saying various activities were necessary to ensure the people of East Africa move together in integration process. “We are here to learn from each other, appreciate each other in order to strengthen the integration process.  I thank you for the honour of giving Parliament of Uganda to host the 10th Inter-Parliamentary Games”, Rt. Hon Kadaga said.

“When we established the Community in 1999, we declared it people-centred. I am happy that the people are moving together in that direction”, Rt Hon Kadaga said.Hon Mary Mugyenyi representing the EALA Speaker, Rt Hon Ngoga Karoli Martin, called for the spirit of collegiality to prevail as the games take place.

“Through a networking event of this nature, the spirit of harmony, friendship and camaraderie must be extended at all times and all differences resolved amicably”, she said.

As we mark the decade of sporting activities, we should not just reflect on the past achievements, but rather herald on what the future portends. Integration is progressive and therefore, we should chart the path as defined in our integration agenda”, Hon Mugyenyi added.

The legislator reiterated the importance of making the integration pillars work. She said the tenets of the Common Market Protocol were yet to be fully harnessed and exploited.

“Free movement and a free market should just not be a mirage – but a reality”, she said.

“We should exploit the opportunities offered by sports and culture as anchored under Article 119 of the Treaty for the Establishment of the EAC if we are to continue to drive the agenda and to find solutions to the myriad of challenges that sometimes/often come in the way of integration”, she added.

The IPG which was mooted 10 years ago has over the years realized several successes.  Fundamentally, Parliamentary games are a key aspect of building relations between the EALA and the National Legislatures in the EAC region. The games play a fundamental part in enabling EALA’s interaction with Members of the National Legislatures in the Partner States as envisaged in Article 49 (2a) of the Treaty for the Establishment of EAC.

The Games themed: “The EAC: One Spirit; One Destiny: Strengthening Integration through 10 Years of Inter-Parliamentary Games” brings together EALA and the National Legislatures 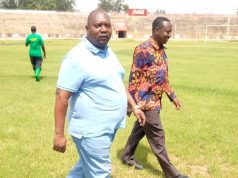 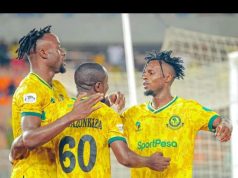 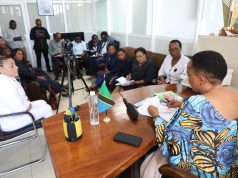 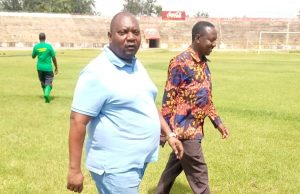