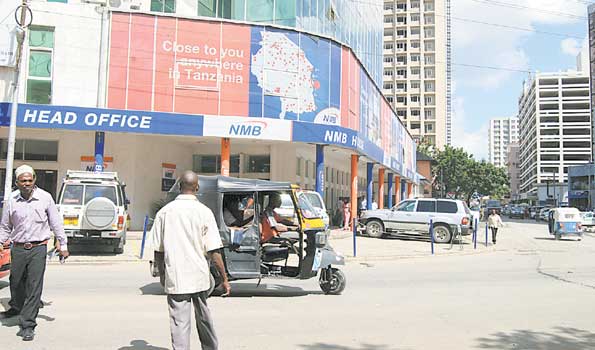 Dar es Salaam, 19 November 2019 – Many landmark buildings in Dar es Salaam will go blue on the occasion of the eve of World Children’s Day 2019.

The European Union Delegation to Tanzania and the Embassy of the Kingdom of the Netherlands will join iconic landmarks all around the globe by Going Blue. To express support of Children’s Rights and to raise awareness on them, the building housing of both diplomatic missions, together with the British High Commission, the Embassy of the Republic of Germany and the UK Department for International Development (DfID) – the Umoja House in central Dar es Salaam – will be turned blue for one evening. The High commission of Canada also joined by turning their building blue. This is part of a global initiative to highlight the importance of realizing the rights of every child enshrined in the United Nations Convention on the Rights of the Child (CRC).Other buildings Going Blue in Tanzania include, the National Micro-Finance Bank (NMB Bank), the National Housing Corporation, and ONE UN.

The CRC is one amongst nine core human rights treaties that became part of the international human rights framework, established by the United Nations. In total, its final text contains 54 Articles. The Convention states that childhood is separate from adulthood, and lasts until 18; it is a special, protected time, in which children must be allowed to grow, learn, play, develop and flourish with dignity. It makes clear the idea that a basic quality of life should be the right of all children. The CRC offers a vision of the child as an individual and as a member of a family and community, with rights and responsibilities appropriate to his or her age and stage of development. The guiding principles of the Convention are:

The CRC has inspired governments to change laws and policies and make investments so that more children finally get the health care and nutrition they need to survive and develop, and there are stronger safeguards in place to protect children from violence and exploitation. It has also enabled more children to have their voices heard and participate in their societies.

Realizing the rights of every child is at the core of UNICEF’s mandate. Globally, the European Union (EU) and the Kingdom of the Netherlands are among UNICEF’s key supporters.

On the occasion of the 30th anniversary of the CRC, the EU and UNICEF have partnered up worldwide to raise awareness of children and young people on their rights and have launched the #TheRealChallenge. UNICEF and the EU want children and youth to express their views on their own rights in their own language and therefore they have launched a challenge on the social media platform TikTok. TikTok, with its interactive universe, allows users to communicate through short videos enriched with music, filters, effects and stickers. Actor and comedian Idris Sultan is the face of the social media campaign in Tanzania which was launched on 16 November at the Elimika Wikiendi session, on Twitter and Instagram.

Going Blue on 19th November – on the eve of World Children’s Day 2019 – is the start of the celebration of the 30th anniversary of the CRC. On 20th November 2019, children and young people will launch their agenda – the Children and Young People Agenda – The Tanzania We Want – at a high-level event at Julius Nyerere International Conference Centre. UNICEF in collaboration with Femina Hip, organized a series of six consultations with children and young people in mainland and in Zanzibar. The Children and Young People’s Agenda was developed as a result of this process. The agenda document highlights recommendations of young people across critical areas like Child Survival, Development, Protection and Participation. At the same time, it articulates the role of children and young people as responsible citizens in taking forward their agenda. 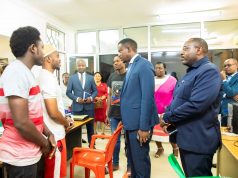 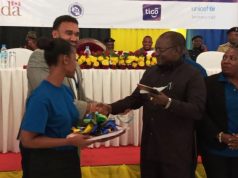 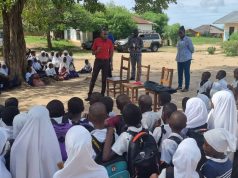 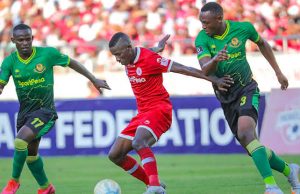