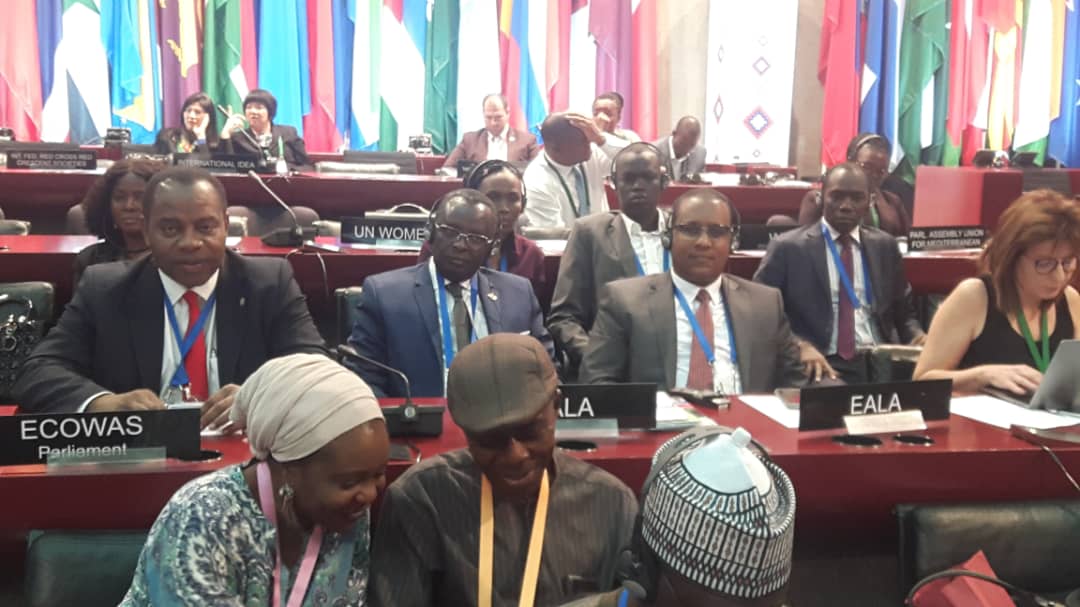 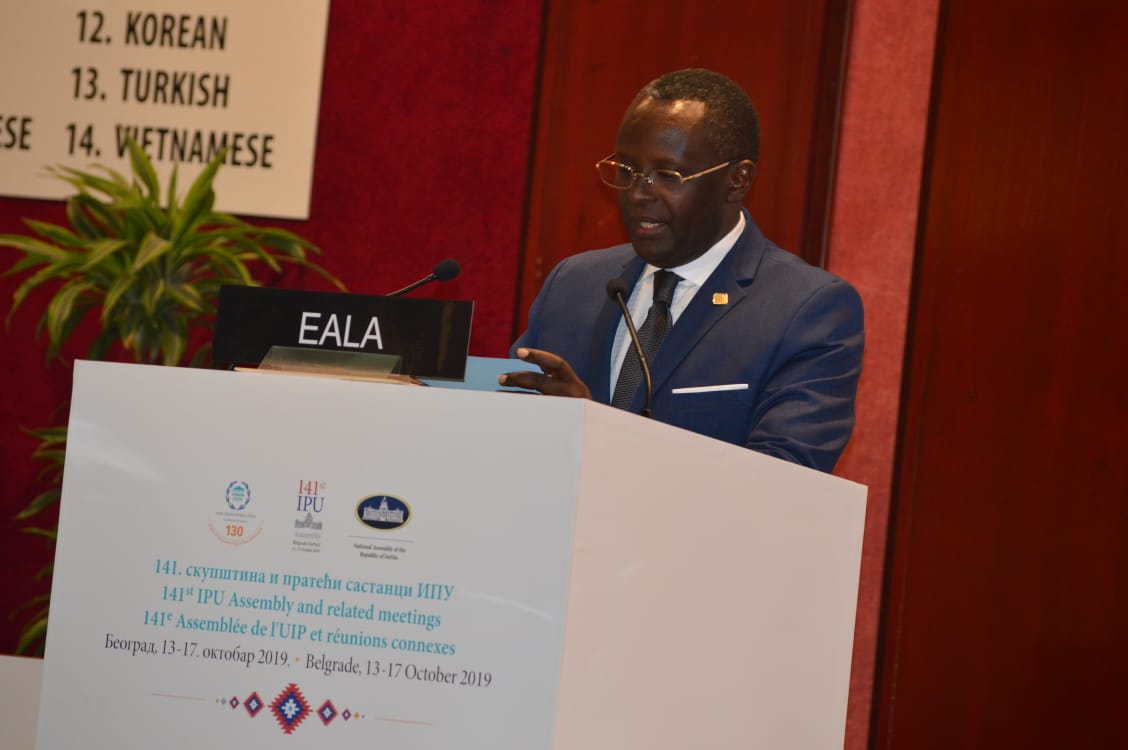 The Speaker of EALA addresses the 141st IPU Meeting in Belgrade 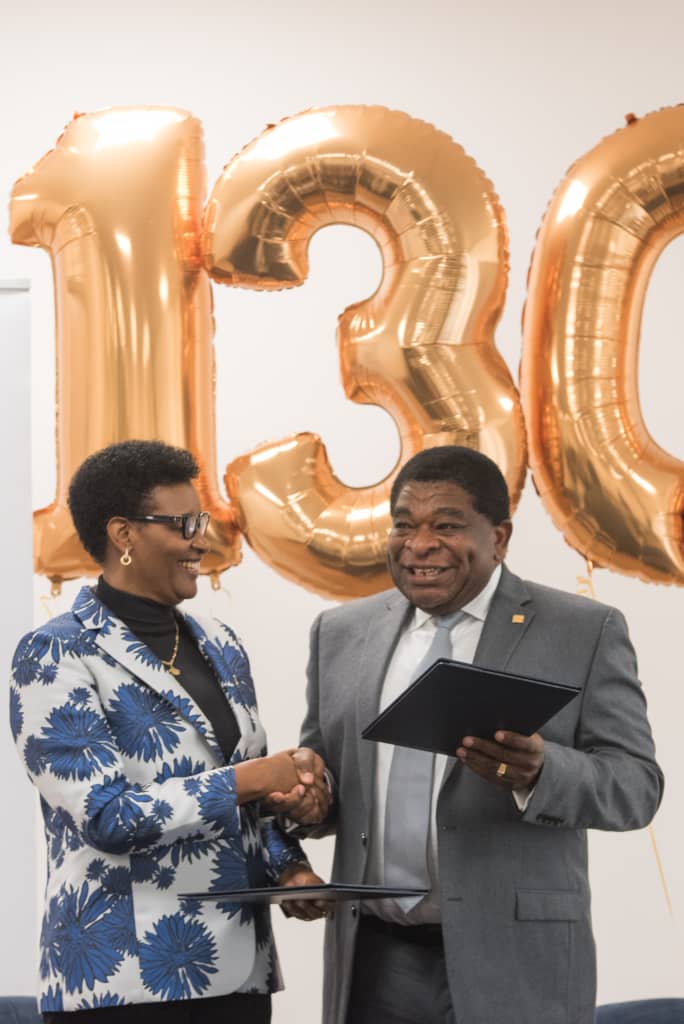 The Speaker of the Chamber of Deputies, Rwanda, Rt Hon Donatile Mukabalisa (lef) shakes hands with the Secretary General of the Inter-Parliamentary Union (IPU), Mr Martin Chungong. Rwanda is st to host the 143 IPU Assembly in October 2020. 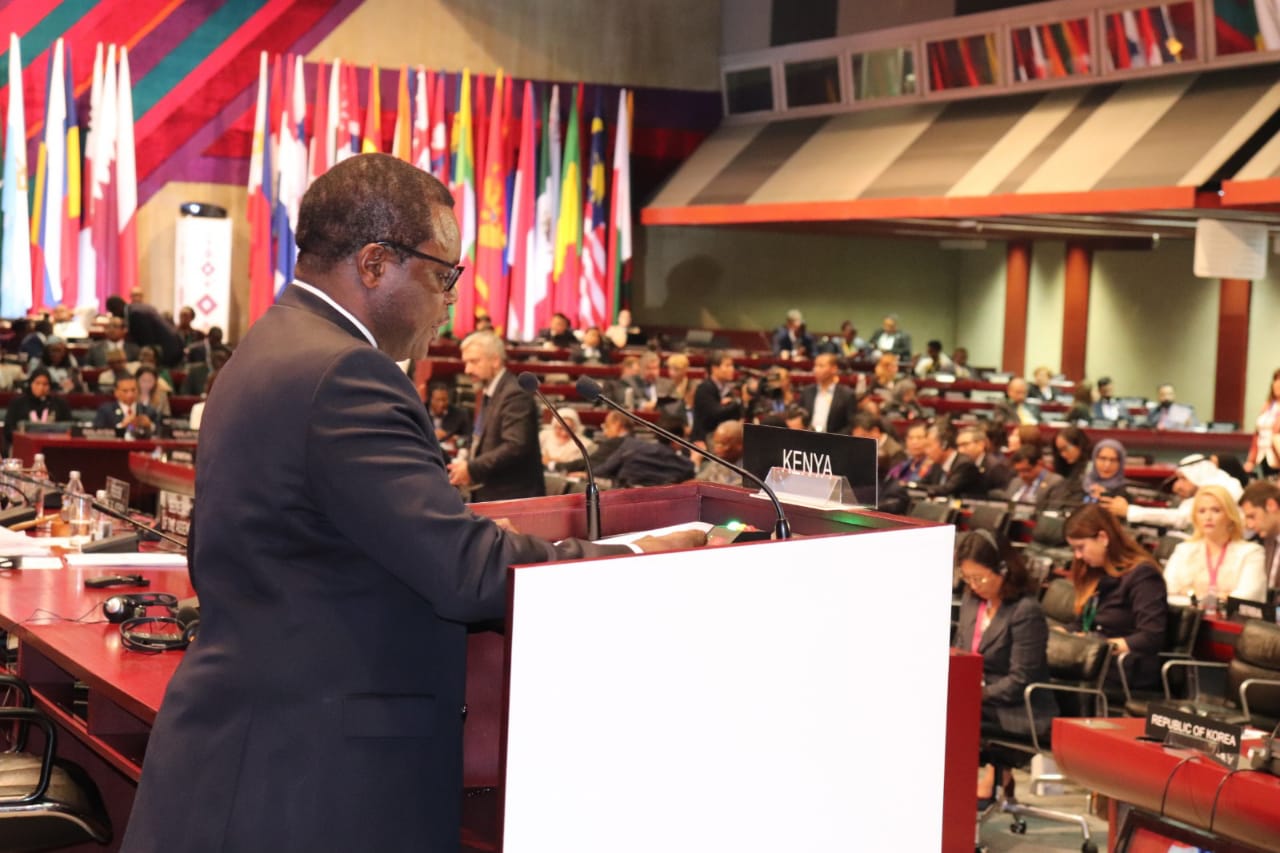 EALA Speaker, Rt Hon Ngoga Karoli Martin, late yesterday addressed over 1750 delegates of the Assembly, calling on Parliaments to strive to pass relevant national and regional laws that anchor to the international laws and treaties in order to find lasting solutions to emerging threats from violations to global treaties.

The EALA Speaker cited numerous challenges that include inward looking issues and pride as impacting on the desire to adhere to international treaties and called for enhanced collaboration between various stakeholders.  He remarked that it was no longer tenable for nations to avoid co-operation between themselves, but rather, to collaborate more in the globalized world.

“As a matter of fact, nations that ‘stand & walk together’ face the future with more certainty, deliver economic prosperity for their citizens”, the Rt Hon Ngoga said.

” International law is meant to serve the purpose of keeping Community of nations together as a glue of our mutual co-existence”, he added. The Speaker called for inclusion of approaches to enhance collaboration in realizing adherence systems to international laws and treaties.

“Recent approaches and reforms emphasize more interaction between national and regional Parliaments as well as multilateral institutions. Parliaments must provide leadership towards policy positions that break barriers and ensure compliance with international laws” the Speaker said.

Rt Hon Ngoga called on legislatures to bridge gaps that often results in non-co-operation of States, necessitated by national pride, political tensions, high co-ordination costs or the asymmetric distribution of costs and benefits among others.

“Through EALA’s legislative, oversight & representative role, we ensure citizens’ concerns are fully addressed, resulting in collective responsibility in strengthening international law.  I wish to reiterate my support and the Assembly’s towards promotion of peace and development and to attainment of sustainable development of our people” he added.

The week-long Assembly is being attended by more than 1700 MPs, UN representatives and civil society representatives. In addition to discussing international collaboration and adherence to the tenets of international law, the delegates are further reviewing latest developments to improve gender equality, empower young people, defend MPs’ human rights, and achieve universal health coverage.

Of the MPs in attendance, about 30 per cent are women and 17 per cent are young MPs under 45 according to a dispatch from the IPU.  At the same time, the global Parliamentary body is celebrating 130 years since its existence.  The IPU body used the opportunity to reflect on the past achievements and challenges as it charts its future.

Meanwhile, Republic of Rwanda is set to host the !43rd IPU in Kigali, Rwanda in October 2020.   Speaker of the Rwanda Chamber of Deputies, Rt Hon Donatile Mukabalisa took the opportunity to invite all delegates to Kigali, Rwanda, for the occasion.  The Speaker met with the IPU Secretary General, Mr Martin Chungong on the sidelines of the global congress to pen down the hosting agreement.

NOTES TO THE EDITOR

The IPU is the global body of Parliamentarians made up of national parliaments from around the world that protects and builds global democracy through political dialogue and concrete action. Currently, IPU that works closely with the UN and other Partner organisations have 178 Member Parliaments and 12 Associate Members.

More than 6.5 billion of the world’s 7 billion people live in states whose parliaments are members of the IPU—and it is their elected representatives who engage in and steer our policies. By bringing parliaments together, we bring people together 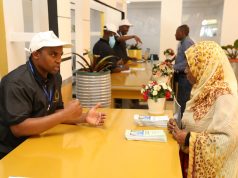 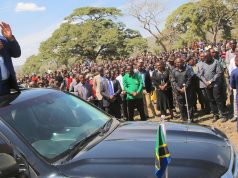 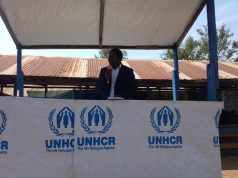 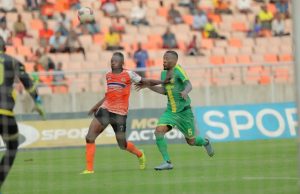