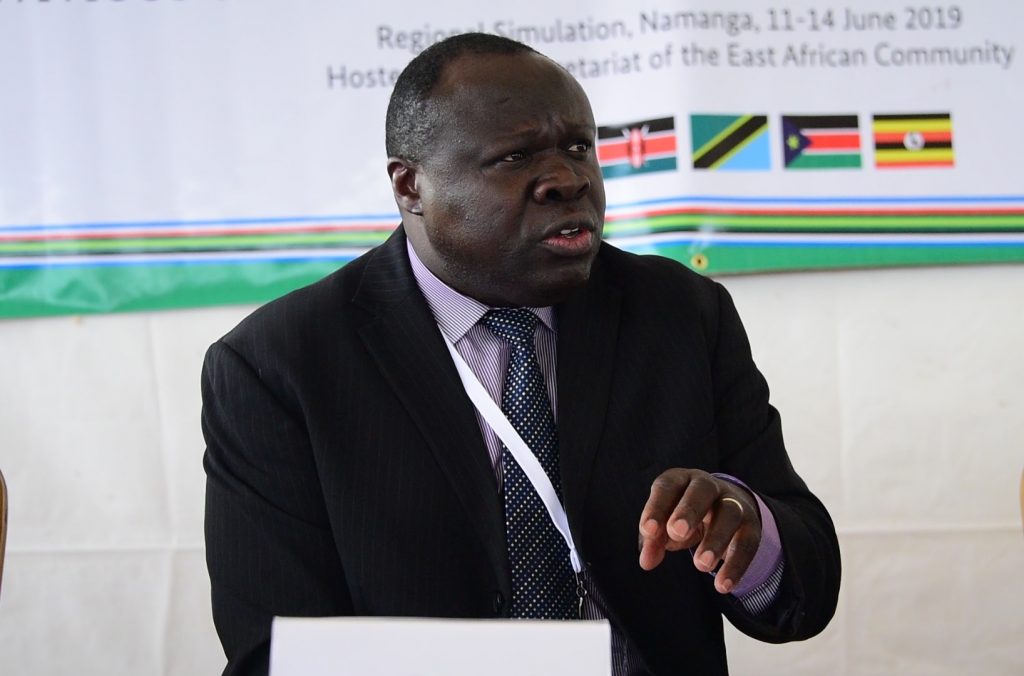 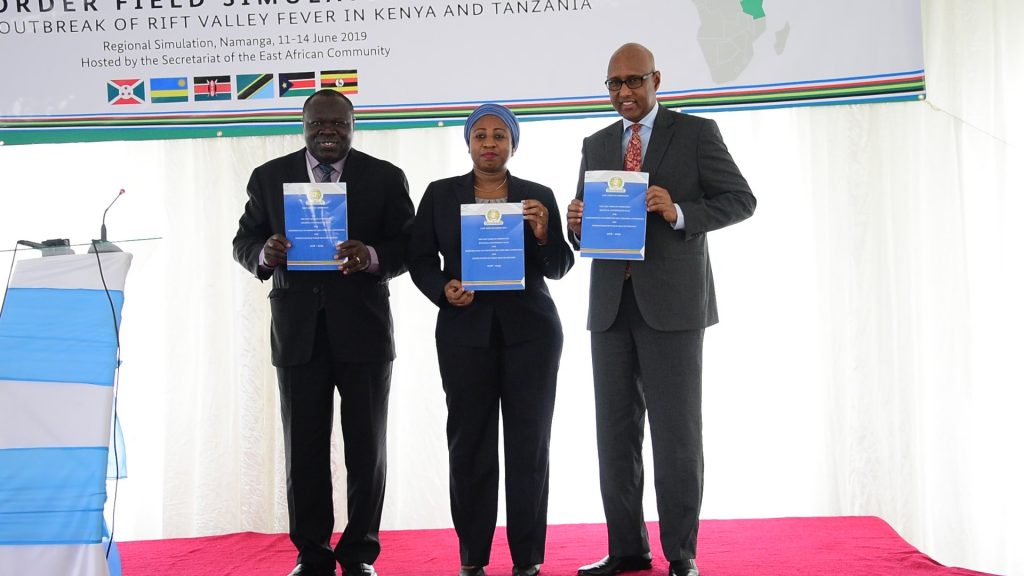 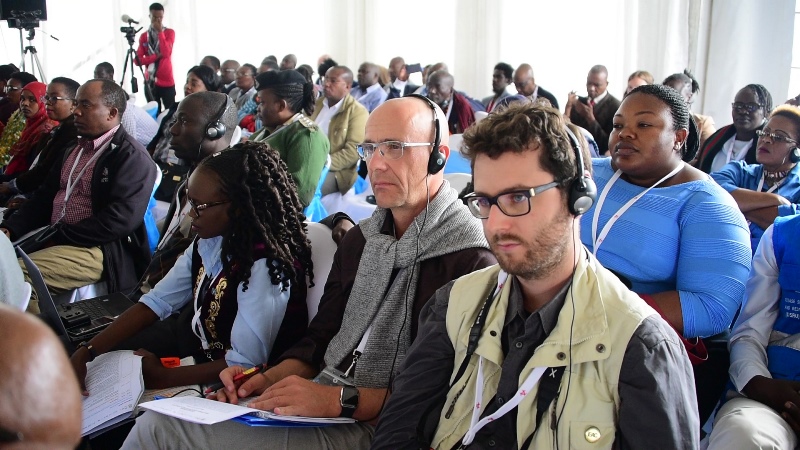 Section of participants at the opening ceremony 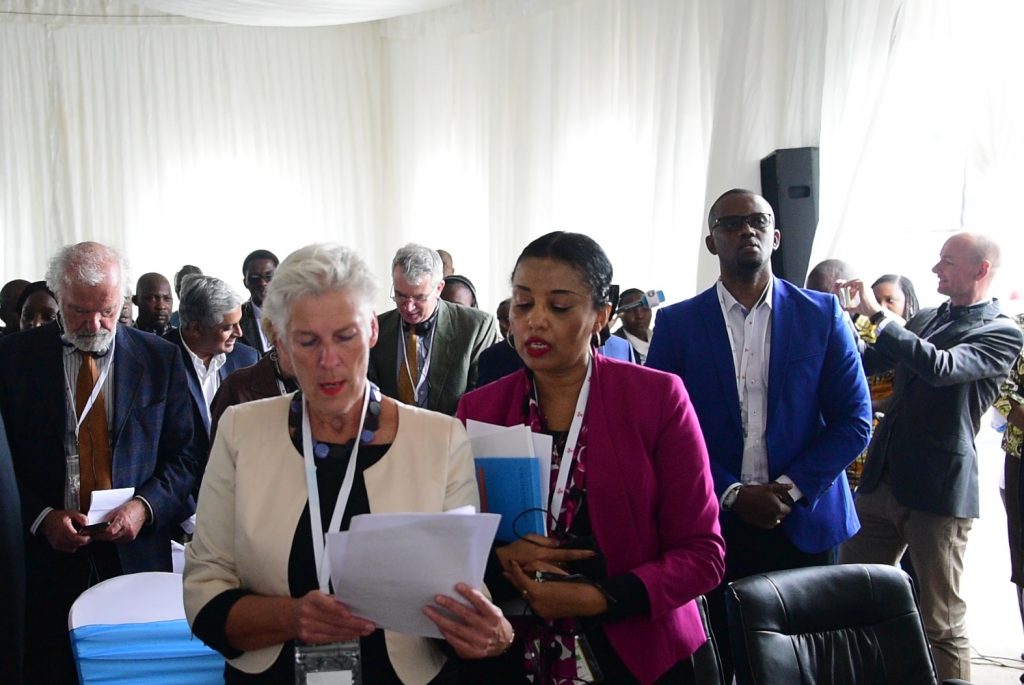 East African Community Headquarters, Arusha, Tanzania 11th June, 2019: The Field Simulation Exercise (FSX) organized by the EAC Secretariat in collaboration with the Deutsche Gesellschaft für Internationale Zusammenarbeit (GIZ) and the World Health Organization(WHO)  through the “Support to Pandemic  Preparedness in the EAC Region” (PanPrep) has started at  Namanga border between the Republic of Kenya and the United Republic of Tanzania.

The main objective of the  four-day exercise is to assess coordination mechanisms, command and control systems and information sharing channels between multiple sectors and countries; (e.g. activation of the EAC emergency structure, incident management systems and relevant emergency operations centre.

Addressing the  participants at the official opening of a large scale cross border field simulation exercise (FSX) the Minister for Health, Community Development, Gender, Elderly and Children, United Republic of Tanzania who was also a guest of honor Hon  Ummy Ali Mwalimu said that the FSX takes into account lessons learned by the East African experts who were deployed to West Africa between 2014 and 2016 to help fight the biggest Ebola Virus Disease outbreak, the world has ever seen.

She reminded audience that the EAC region has experienced various outbreaks of Ebola, Rift Valley, Marburg and Crimean Congo Hemorrhagic fevers, Cholera, Polio and Plague among others, which are cross the border in nature. Hon Mwalimu informed the meeting that for the first time the concept of risk and crisis communication is also applied in this FSX.

Hon Mwalimu disclosed to the participants that the FSX implements a decision taken by the Sectoral Council of Ministers of Health in 2015. It follows the One Health approach that involves key disciplines and sectors of society which are affected by an outbreak and can contribute to preventing and responding to it. Up to 75% of infectious diseases of public health concern are transmitted between animals and humans.

She emphasized that the outbreaks affect not only the lives and livelihoods of people, but also agriculture, trade and tourism as important revenue streams in the region. It is therefore important to involve these sectors in prevention, response and mitigation through this multi-disciplinary and multi-sectoral disease management approach”, stated Hon Mwalimu

On his part, the EAC Deputy Secretary General, Hon Christophe Bazivamo informed the meeting that  FSX allows participants to identify strengths and weaknesses and can facilitate practical corrective actions at all levels. It is also used to assess coordination and collaboration mechanisms, emergency response deployment, logistics and administrative processes, risk and crisis communication as well as emergency management and leadership”. He said the findings from the FSX will be used to further enhance preparedness and response capacities in the EAC region and beyond”.

The Deputy Secretary General informed the participants that the scenario of FSX is mimicking across border disease outbreak, aggravated by environmental factors and with impact on humans and animals, agriculture, trade and tourism, and the economy as a whole. Early warning, infections and deaths in animals and humans prompt the reporting and activation of national and regional preparedness and response mechanisms emphasizing the importance of the One Health approach and of appropriate risk and crisis communication as well as cross border collaboration.

He disclosed to the meeting that around Namanga, selected health facilities, slaughter houses and farms on both sides of the border, military and police, the media and last but not least the public are participating in the FSX. Both, Kenya and Tanzania will activate the mobile laboratories for the first time. The main focus of the exercise will be on the One Stop Border Post as the main crossing point for people and goods between the two countries.

More than 250 people attended the opening ceremony at the Namanga One Stop Border Post (OSBP) including representatives from other EAC Partner States of Burundi, Rwanda, South Sudan and Uganda. Southern African countries of Lesotho, Malawi, Mozambique, Zambia  and other  regional and international institutions were also in  attendance . 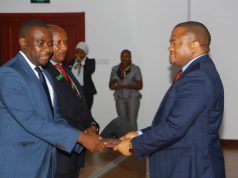 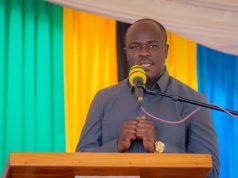 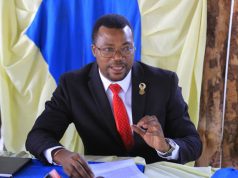 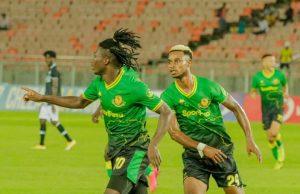